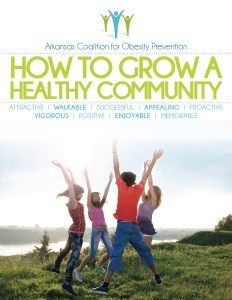 Since the beginning of ArCOP’s  Growing Healthy Communities program, one thing has been clear: cities with the most significant changes towards better health are cities where the mayor is involved.

Arkansas mayors are excited to share their successes, lessons learned, and best practices with their colleagues across the state.

On top of that, ArCOP has gathered a ton of resources together to help communities get started and go farther utilizing the free online toolkit. 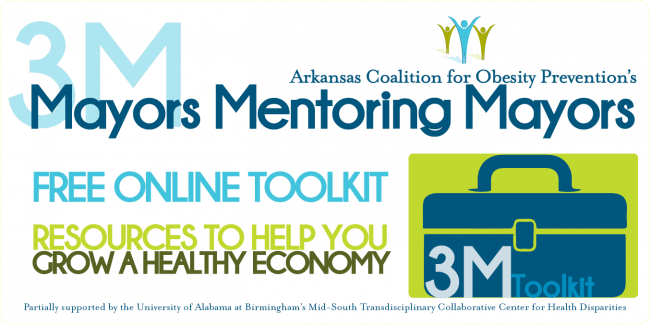 Get the Took Kit 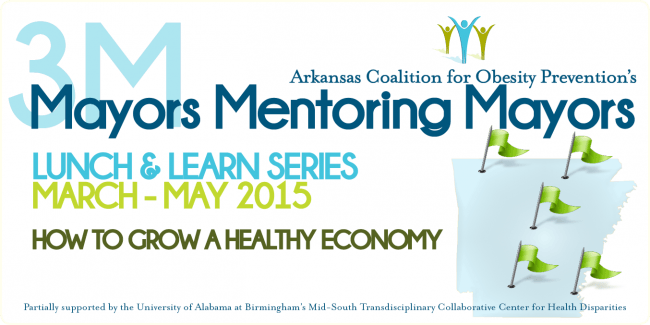 Click the image (or here) to get to the Lunch & Learn details.

ArCOP received funding from the University of Alabama at Birmingham Midsouth Transdisciplinary Collaborative Center for Health Disparities Research (UAB Midsouth TCC) to implement the 3M program in 2015. This UAB Midsouth TCC grant is intended to address health disparities impacting obesity in six Midsouth states. They have brought ArCOP in to represent Arkansas in the second phase of their grant.

Funding for promotional items is provided by the 2015 County Health Rankings Release, a collaborative between the Robert Wood Johnson Foundation and the University of Wisconsin Population Health Institute.

Since ArCOP realized that the Coalition’s most successful Growing Healthy Communities are those whose mayors “buy in” at the beginning, we found a natural partner with the Arkansas Municipal League (AML). A portion of the UAB Midsouth TCC grant included sponsorship of the AML’s 2014 Summer Conference in order to get 3M and Growing Healthy Communities in front of more of Arkansas’s civic leadership. Additionally, the AML assisted us in promoting ArCOP’s mission to Arkansas mayors via training certification, conference sessions, email distribution, as well as articles and recognition in their publication City & Town (see June 2014, July 2014, Aug 2014, January 2015, May 2015, and June 2015).