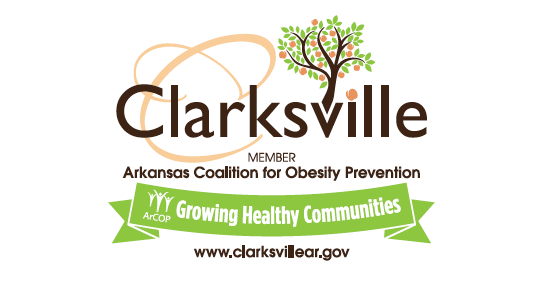 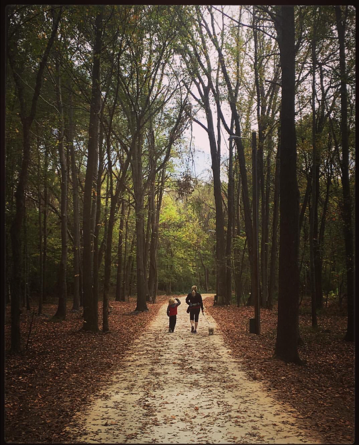 As part of our “Growing Healthy Communities” campaign, the city of Clarksville is expanding our trail

system. The Spadra Creek Nature Trail which consisted of 1.5 miles of trail on both the east and west

sides of Spadra Creek was first developed in 1974. In 2004 the west side of the trail was improved with

asphalt and lighting and was extended north three tenths of a mile to the University of the Ozarks.

near the intersection of Highway 21 north, south to Poplar Street and was constructed with a ten foot

wide multi-use trail on the west side of the street.

of the Spadra Creek Nature Trail going west to Crawford Street at the Clark Road Intersection. This will

Future plans are to work with Johnson County and the city of Lamar to continue from Palmer Rd. going

east along the old railroad bed to the Lamar City park. 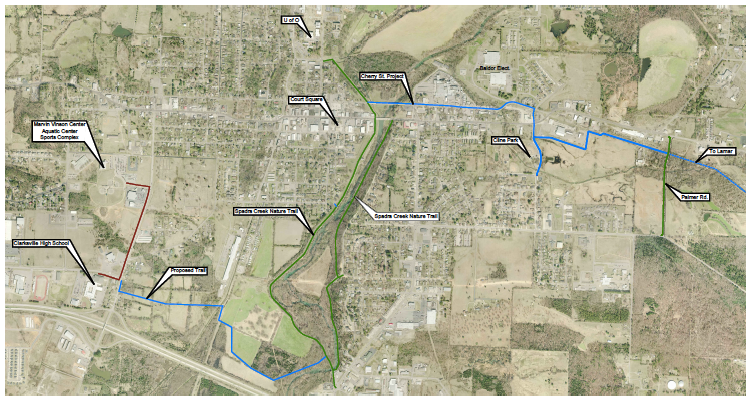